Oglethorpe University is a private liberal-arts institution located in the city of Atlanta, Georgia. First established in 1835, it had a troubled history, plagued by funding and political problems before finally being opened on a permanent basis in 1913.

The university is primarily based on a 100-acre campus, itself included in the National Register of Historic Places. Whilst the university is home to a number of interesting and important historic sites, one of the best known is a time capsule known as the Crypt of Civilisation. Due to be opened in the year 8113, the time capsule was sealed in 1936 and contains numerous important cultural and historical artefacts. The campus is also home to a number of other historical places, including the Oglethorpe Museum of Art.

Like many universities, Oglethorpe maintains a diverse athletics programme. Known for their mascot, Stormy Petrel (named after a famous seabird), Oglethorpe’s athletic teams compete in a wide range of sports including lacrosse, basketball, tennis, softball, and volleyball.

In terms of academic offerings, the university has around 25 majors available, covering mix subjects across Natural Science, Social Science and Humanities. Alongside this are a smaller number of undergraduate minors, as well as some pre-professional qualifications. The university also offers a number of different foreign study opportunities, a long-standing feature of its academic portfolio.

Oglethorpe has produced a number of well-known and successful alumni over the years including MLB Hall of Famer Luke Appling. 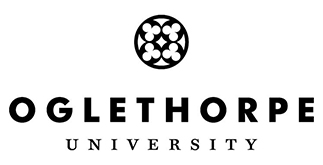 To begin your application for Oglethorpe University, please provide your information in the following page.